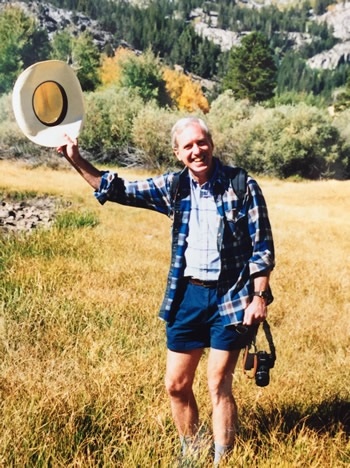 A native of St. Louis, Missouri, Bob earned a Bachelor of Science degree in Economics at the University of Missouri in 1959. He was an active member in the Beta Theta Pi fraternity. Fortunately, a Navy ROTC requirement sent him to San Diego and he quickly developed an appreciation for California weather. After two years of military service, in 1963 he began his professional career in investment banking as an account executive with Dean Witter in San Francisco.

During his distinguished career, Bob was a leader with Wells Fargo Bank, attended the Stanford University Investment Management Program, became Vice President of Western Asset Management’s Personal Trust Investment Department, Senior Vice President and Portfolio Manager for Van Deventer & Hoch, and then founded his own firm, Robert Osher & Company, with James Van de Voorde in 1993. Throughout his career, Bob emphasized a more personal touch and the importance of building long-term relationships in the investment counsel business.

In his personal life, Bob was an avid photographer and golfer, and loved reading, hiking, scuba diving, tennis, relaxing in the desert, and the camaraderie and friendships he made at Oakmont and Indian Ridge Country Clubs. He loved his daughters, Karen and Connie, showing them unconditional love and support throughout their lives and took great joy in his 10 grandchildren on both sides. He took a special pleasure in reading to all of his grandchildren, especially the poems of Shel Silverstein. Bob’s interest in cultures and peoples around the world stimulated his passion for travelling. In recent years, Bob and Jean travelled internationally to every corner of the globe. His curiosity about life and the world was boundless.

Bob also remained active in numerous civic, social, and cultural affairs, having served on boards of the Glendale Adventist Medical Center, Glendale College Foundation, Crescenta-Canada YMCA, president of the La Canada Rotary Club, Verdugo Banking Company and the City of Glendale Investment Advisory Committee. Bob was a member of the Economic Roundtable, the Athenaeum, the Huntington Society of Fellows, Pasadena Arts League, the Pasadena Angels and the Pasadena Wine and Food Society.

Bob had countless friends, was a true gentleman, a man of deep integrity, and genuinely cared for all those with which he worked and knew. He had a humility about his accomplishments that was rare but admired by many. He is survived by his wife Jean, daughter Karen Osher and her husband Kevin Woodhouse, daughter Connie Osher and business partner James Van de Voorde who was like a son. Bob was the love of Jean’s life and he loved and adored her for the joy and love that she brought to his life. He was blessed with 10 grandchildren and will be missed by all that knew him and were touched by his life.